In the Elite 8 Men’s final between the Cowboys and the Mavericks, it went down to four a side in a drop off ended by the Cowboys, with a result of 7-6, meaning a threepeat for them. Yet the Men’s Player of the Series, Dylan Thompson, came from the Mavericks.  NSW Scorpions were unlucky to go down in a drop-off in the semi finals again the Cowboys.

The New South Wales Scorpions have made history in the Women’s Elite Eight grand final, defeating the Queensland Broncos 8-5 in an entertaining affair at the National Touch League in Coffs Harbour.   The Broncos were aiming for three titles in a row, but it wasn’t to be, outplayed from start to finish by a highly talented Scorpions side.

Hat-tricks to Scorpions stars Yasmin Meakes and Samantha Rodgers capped off a great tournament for both.

Despite the comfortable three-touchdown win, the Scorpions did not always look comfortable.  The Broncos had all the momentum after the half-time break and they used this to their advantage, scoring through Rebecca Lapraik just minutes into the second half to make the score 4-3.   Lapraik’s touchdown cut the margin to one and the Broncos’ appeared to have all the legs heading towards the last 15 minutes of play.

But after five minutes of great defence, the Scorpions hit back, scoring in the left corner through hat-trick hero Rodgers.  The score quickly became 6-3 to the Scorpions, with Yasmin Meakes grabbing her first of the afternoon with ten minutes to play.  Meakes then grabbed her second in the 33rd minute, all but icing the game for the Scorpions as they stretched their lead to four touchdowns.

Paige Parker hit back in the 35th minute for the Broncos to give them some hope, but as the minutes ticked by it became clear that it was going to be the Scorpions year.  Meakes capped a great tournament for herself in the 38th minute, scoring her third touchdown to kick-off the celebrations for the Scorpions team.  The Broncos managed a consolation touchdown in the 39th minute, with Catherine Sargent adding some respectability to the scoreboard to make it 8-5 in favour of the Scorpions.

The Scorpions were deserved winners, leading from the outset after opening the scoring in the 7th minute. They did that through Rodgers who found open space on the right wing to stroll over for a touchdown after some lazy defence.  She doubled her tally just a minute later in an almost identical play, and it soon became clear that the Scorpions would look to target the Broncos’ left-side defence.

The Broncos were always going to hit back and they did so through Emily Hennessey just seconds after the Scorpions last score. The match was beginning to open up and with the game on the line it was either teams to win.

In the 15th minute, the Scorpions regained their two-touchdown lead, with Zara Nicholas crossing in the left corner after a slick team play to make it 3-1.  The Broncos defence were caught napping by Stephanie Maiolo in the 18th minute and the Scorpions suddenly hit a 4-1 lead.

But the Broncos regained some momentum heading into half-time through the handy work of Sargent who crossed just seconds before the hooter to make the score 4-2 at the break.

It wasn’t enough, with the Scorpions going on with it in the second half to take the 2017 title. 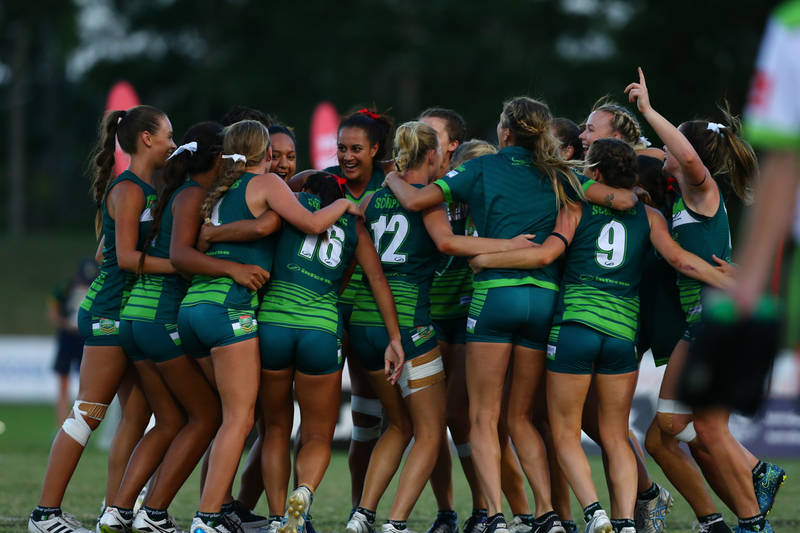 A huge well done to the NSW Scorpions Men’s Elite 8 team who had an excellent tournament going all the way to the final. Sam Brisby once again stamped his class on the tournament with the Player of the Series award. 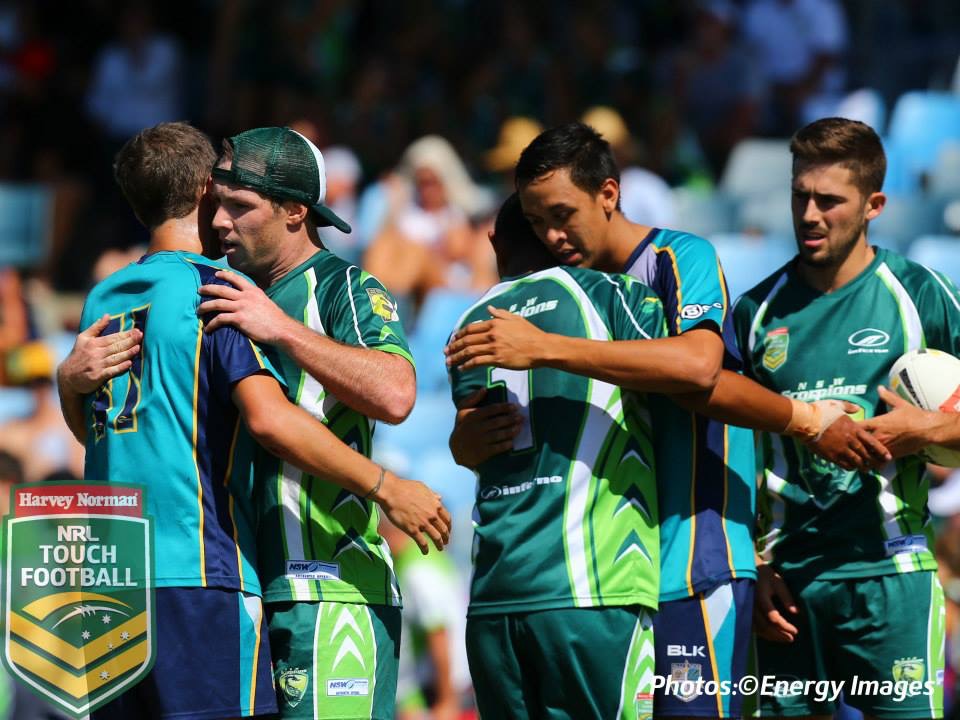 It has been described as the best game of the 2014 X-Blades National Touch League. NSW Scorpions ended NSW Mets domination in the Women’s division by claiming the Elite Eight title in a thriller.  A touchdown to Yasmin Meakes with 15 seconds left on the clock gave the Scorpions a 7-6 victory.  Three touchdowns were scored in the final minute as the two combatants threw everything but the kitchen sink at each other.  The win maintained the Scorpions’ perfect record at the 2014 tournament.  It also gave them their first NTL Women’s Open title.  Scorpions Captain Elesha Dougal said it was an incredible achievement for her team.  “People said at the start [of the tournament], ‘errr, I don’t know how they will go’ but we have just proved them all wrong,” Dougal said.  “I am so proud of the girls. It was the hardest game we’ve played in and I knew it would be; so credit to our team and credit to Mets. They pushed us.  “We believed in ourselves so a full credit to the girls and the coaching staff.”  In a match that was tit-for-tat until the final whistle, the Mets opened the scoring first through Botille Veitte-Walsh.  Both teams attacked each other’s scoreline but could not get the touchdown.  A bit of Teagan Chandler magic put Laura Peattie over for a touchdown to level the scores.  The Scorpions hit the lead through Yasmin Meakes but it was cancelled out by Claire Moran’s touchdown in the corner. In the final two minutes, Mets scored twice and Scorpions once, which made the score 4-3 in favour of the two-time champions.

Shortly after the break a Hilder pass put Sarah Peattie over the line and levelled the scores again. Scorpions hit the lead when Lizzy Hewitt found the scoreline and immediately after, Mets were disallowed a touchdown due to a forward pass. But it soon did not matter as Kristin Boss scored to level the scores.  The final minute had the crowd on the edge of their seats.  Scorpions thought they had won it when Shellie Davis buried her way over the line to score.  But Mets’ captain Claire Tandek scored immediately and a drop-off was highly likely.  The Scorpions had one last shot and they made it count when Meakes scored the decisive touchdown in the corner with 15 seconds to go.  The referees conferred on the field and they were happy for the touchdown to count. 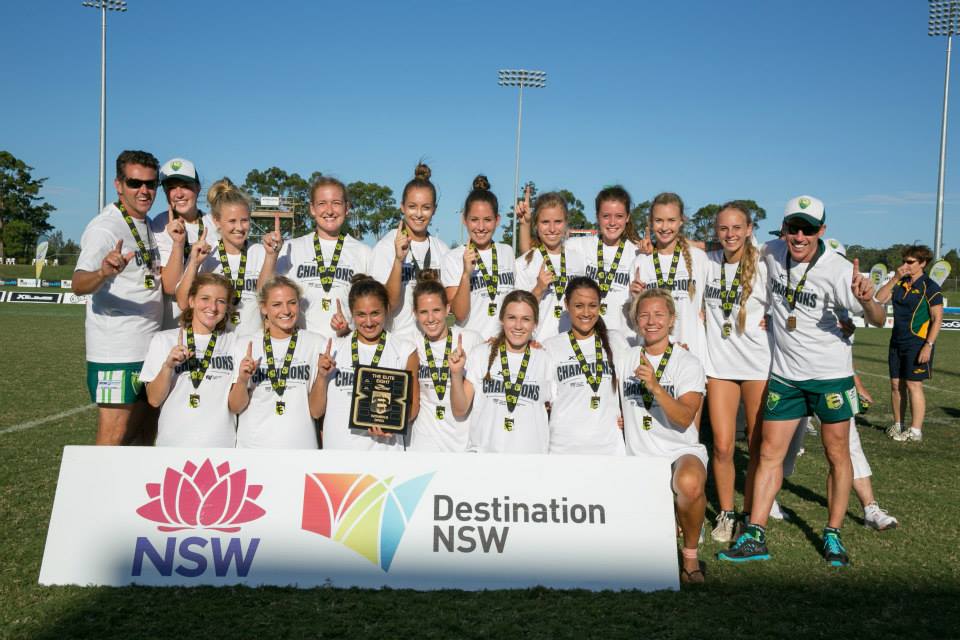 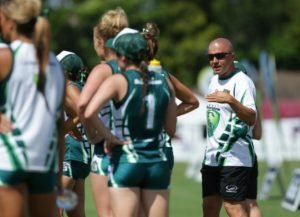 Sydney Scorpions acknowledges the Traditional Custodians of the land on which we live and play our sport and recognise their continuing connection to land, water and community. We pay respect to Elders past, present and emerging.

Sydney Scorpions are pleased to advise that we are accredited with the Good Sports Program as a commitment to ensuring that our members representing the region feel welcome and safe.
Copyright © 2023 Sydney Scorpions