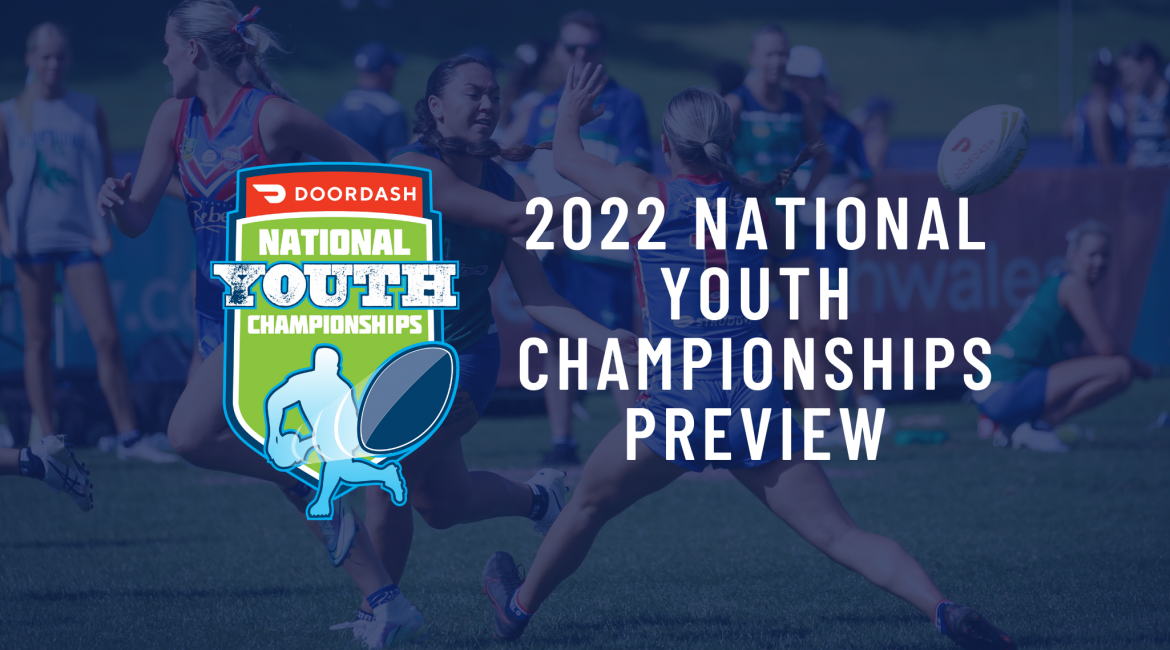 Sydney Scorpions are set to compete at the 2022 DoorDash National Youth Championships (NYC) after a 10 year hiatus from the event.  The event takes place on the 28th September to 1st October at Sunshine Coast Stadium.

This year sees the 30th edition of the national junior event.

Now fast forward to 2022 and fresh off the back of another successful NSWTA Junior Regionals, Scorpions will be looking forward to the challenge of being up against the best junior teams from around the country. At the 2022 Junior Regionals Scorpions had six out of eight teams making grand finals with the Girls 14’s, Girls 16’s and Girls 18’s all being crowned champions. As a result Scorpions successfully retained their Champion Permit title, making it 12 in a row and a total of 13 wins.

NYC preparations have been challenging for many coaches and teams, however this event has provided opportunities for many players that did not participate at the Junior Regionals. Numerous NYC regions already have a rich competitive history against Scorpions at the National Touch League (U20/Open/Senior level), including Sharks, Cobras and Hornets just to name a few. However at junior level this will provide Scorpions teams with a unique opportunity against regions from outside of NSW, and additionally playing full 40 minute games.

Scorpions have an abundance of our Junior Regional participants representing their school systems at this NYC including the Boys & Girls 18’s NSWCCC, NSWCHS and NSWCIS. For this event Scorpions have partnered with NSWCCC, providing a great opportunity to share resources including referees, photography, tent and medical. Best of luck to the NSWCCC teams including Tour Manager Marcus Beeby, Boys 18’s coach Rob Nakhla and Girls 18’s coach Gab Rose.

Starting with the Boys 12’s, they are coached by the experienced duo of Heath Cooper and Willie Bishop. The team are coming into the event on the back of a runners-up medal at the Junior Regionals and will be well coached and ready to go. Ewan Keep will lead the team as captain. With 13 teams and two pools there will be semi finals following the round games, with the grand finalists playing a maximum of 8 games over the event.

The Girls 12’s have captains April Unwin and Bethany Wilson ready to lead their team, with Bethany the Scorpions Medal recipient at the recent Junior Regional event. Te Aroha Paki is head coach and brings plenty of junior representative experience and success. The team were semi finalists at the Junior Regionals and will be looking to build on that campaign. With 13 teams and two pools there will be semi finals following the round games, with the grand finalists playing a maximum of 8 games over the event.

The Boys 14’s were highly fancied at the Junior Regionals, however an unbeaten run in the round games then resulted in a shock semi-final loss to the Hornets. Coaches Craig Lowe, Ian Kalms and Dallas Paterson will be steering the team in the right direction in a very competitive division. Darcy Feltham retains the captaincy. There will be little time for getting settled with Scorps set to play South Queensland Sharks in the first timeslot on Wednesday. With 15 teams and two pools there will be semi-finals following the round games, with the grand finalists playing a maximum of 9 games over the event.

Scorpions Girls 14’s produced a magical grand final performance at the Junior Regionals defeating Mets 5-1 to take out the title. Captains Coco Marsters and Kelsey Berryman lead a strong line-up who will take on five of the Queensland regions in their eight round games. With a massive 17 teams in two pools there will be semi-finals following the round games, with the grand finalists playing a maximum of 10 games over the event. It may simply come down to a battle of the healthiest and fittest teams by finals day on Saturday with this division sure to generate a lot of interest. Coaches for the team are Gloria Berryman and Kalani Duff-Berryman.

Moving onto the Boys 16’s and this team had an excellent Junior Regionals, just falling short in the grand final going down to Suns 6-5 in a drop-off. Coaches Brad Curl, Terry Joe and Mark Jones have enough experience to get the best out of this team, who have had a number of new players join the ranks. The team don’t start their campaign until Wednesday afternoon when they take on the locals in the Sunny Coast Pineapples and then South West Queensland Swans. With 11 teams and two pools there will be quarter finals following the round games, with the grand finalists playing a maximum of 8 games over the event.

Seasoned campaigners in coaches Keith Smith and Craig Beacroft partner with Jordy Parsonage, and are in charge of the Girls 16’s team. The team are Junior Regional champions after defeating Suns 3-1 at Tuggerah. Tia Matthews was the Scorpions Medal recipient from that event and along with captain Alyssa Medved and vice captain Logan Lemusu will have these girls pumped and ready to go. Logan is a gifted and dangerous attacking player and will no doubt cause some trouble for opposition defences. With 12 teams and two pools there will be quarter finals following the round games, with the grand finalists playing a maximum of 8 games over the event.

Scorpions have 13 referees from around the region officiating at this event, including a healthy mix of experience and junior up and coming talent. These referees will join over 100 of their counterparts from all across Australia. NYC will be a fantastic opportunity for not only our younger referees joining the referee team for the first time, but also for our more experienced referees to officiate alongside some of the most talented referees in the country. Each referee goes into the event well prepared, with personal goals in sight whilst being ready for some extremely long days. We wish our referees all the best for what will be a fantastic and rewarding event. Lucinda Wehrle from the Hills Hornets joins Scorpions as our NYC referee coordinator.

An important member of our touring officials will be Scorpions, NSW and Australian Women’s Open representative Sammy Rodgers. Sammy represented Scorpions at the 2010 NYC and once again takes on the role as Scorpions Player Mentor after captaining the NSW Blues in the recent State of Origin series. Sammy will also be carrying out some game commentary for TFA at the event with the live-stream broadcast. Samuel Brisby is on-board as Scorpions official photographer, having represented Scorpions as a player at this event in both 2006 and 2007. Our medical team brings NTL experience in the form of physiotherapists Travis Masters, Shash Sharma, Chris Henley plus Scorpions Sports Scientist Michael Donaghy – who has been busy planning preparation and recovery high performance programs for each of our six teams. Our Tour Leaders are Anthony Dudeck and Johanne Joe. 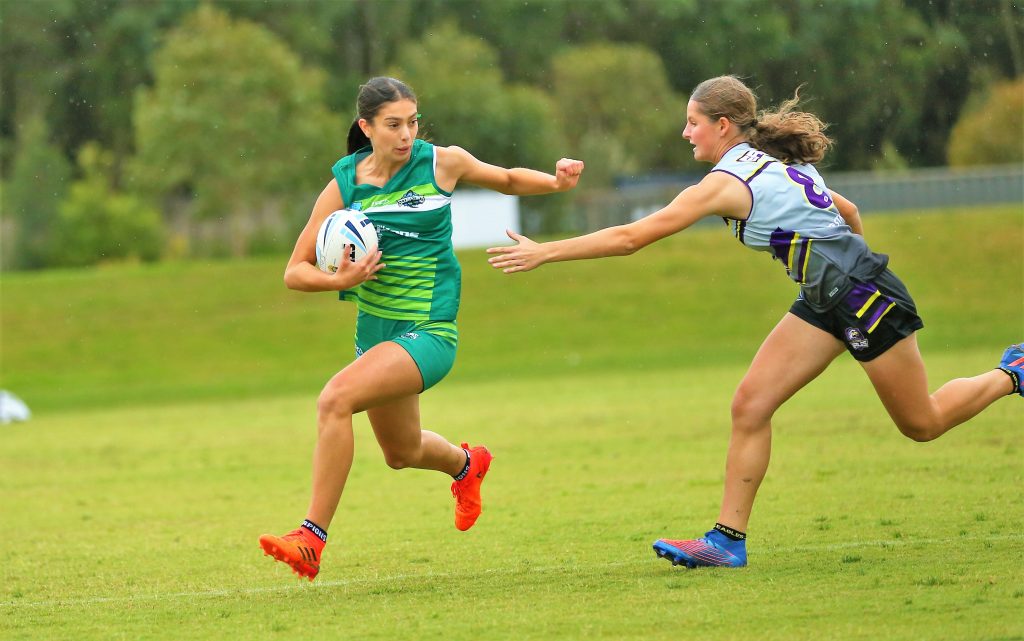 In a first for the region, Scorpions will be hosting two junior dinners. Both dinners will be held at the Maroochydore Surf Club, on Wednesday (G12, B12, B14) and Friday (G14, G16, B16, Referees) evenings. Two events were decided upon to allow for a greater number of parents/carers to attend.

So with warm weather forecast on the Sunshine Coast looking conducive for some fast running touch football, we wish all participants best of luck and enjoy what promises to be a cracking 2022 National Youth Championships. Whatever results eventuate, after 10 years it will be great to be back playing at the NYC on the Sunny Coast.  #strongertogether #goscorps

Sydney Scorpions historical team lists can be found via: https://bit.ly/Scorps-Almanac

Further information on the NYC history thanks to Cary Thompson can be found here: https://www.touchalmanac.com/national-youth-school-sports

Sydney Scorpions have made it a trifecta in 2010 by winning Champion Permit at the National Youth Championships held at Caloundra on Queensland’s Sunshine Coast. Scorpions Boy’s 18’s finished 6th from 21 teams with the Girls 18’s also finished 6th from 20 teams. These are fantastic results taking into consideration a number of Scorpions juniors representing the various NSW Schools at this tournament.

Scorpion Medal winners for Boys 18’s were Jordan Marshall King and Grace Ryanhart for the Girls 18’s. Congratulations to Danni Davis and Emma Crerar from the Sydney Scorpions Girls 16’s who this time represented NSWCHS in defeating QSST by 5-4 in the grand final. 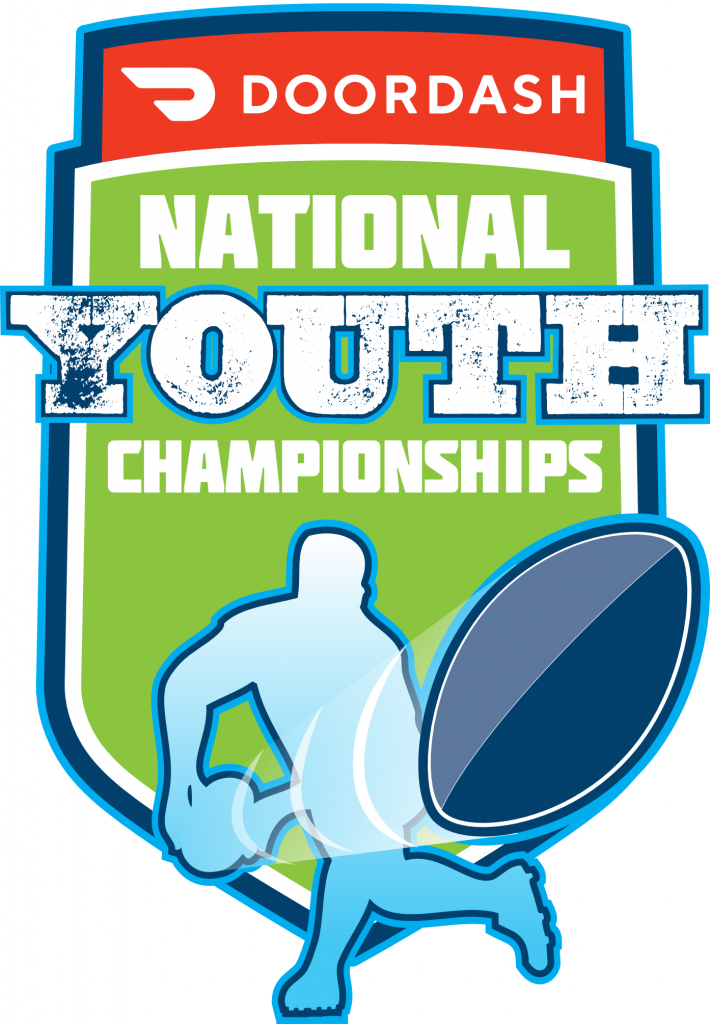